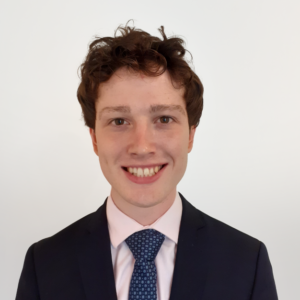 AS SUPPLIERS EXIT THE MARKET, REFORMS ARE INCOMING

Since the beginning of August 2021, the UK has experienced a record increase in gas prices,[1] which has grown into a retail energy crisis that has already caused ten suppliers to exit the market this year.

This crisis is the product of several factors, which the UK Government will seek to remedy in the short term and avoid in the long term. This means regulatory reforms are almost inevitable. Once the crisis is over and government turns to reforming the UK’s retail energy market, businesses that operate within it must actively engage with policymakers and regulators to ensure their voices are heard. Failure to do so could mean the UK’s retail energy market changes in ways that reduces opportunity for competition and growth, while significantly increasing the regulatory burden upon energy retailers.

FAILURES ON MANY FRONTS

Several factors have contributed to the current crisis. Demand for gas this year increased across Europe, as the region opened up following the lockdowns of early 2021. This meant the cost of liquified natural gas (LNG) was already higher than average across Europe. Additionally, further upward pressure was placed on the European LNG price by increased demand for LNG in Asia. As this left Europe’s gas supplies lower than normal.[2]

Whilst Europe may have been able to meet this increased demand under normal circumstances, the region has also been experiencing unusually low wind speeds. This has reduced the generating capacity of offshore wind projects. Without high levels of electricity from wind, European states have been forced to fill the gap with even more gas-fired power, causing LNG prices to rise significantly.[3]

The UK has been particularly affected by this crisis. More than other European states, the UK relies heavily on wind power for electricity generation. This means the unusually low wind output has had a more marked impact on the UK. Alongside the dip in renewable generation, several UK nuclear power plants went offline over the summer period, including Sizewell B, Hartlepool and Heysham 1.[4] Additionally, a fire at an interconnector substation in Sellindge, Kent, through which electricity is imported from France, has reduced the UK’s capacity by 1GW until 27 March 2022. All these factors have made the country even more dependent on burning gas for its electricity.[5] Taken together, these factors have left the UK uniquely vulnerable to the increase in gas prices.

The rise in gas prices alone was not enough to trigger a crisis in the retail energy market. Suppliers were limited in their responses to the gas crisis by existing regulation, in particular the Energy Price Cap.[6] The Energy Price Cap limits the level at which suppliers can set their tariffs, protecting consumers from exploitative practices and restricting companies from shifting the costs of sudden price spikes onto their customers. Due to some suppliers having less robust hedging arrangements and limited capital buffers, high gas prices combined with the existing cap on tariffs meant that several companies have had no option but to exit the market. So far, ten suppliers have gone bust this year including, most recently, Igloo, Symbio Energy and Enstroga.[7]

WHAT TO EXPECT AND WHERE TO ENGAGE

Once the immediate crisis is over, we can expect the operating conditions within the retail energy market to change significantly. Business Secretary, Kwasi Kwarteng MP, suggested to the BEIS Select Committee that stricter requirements on suppliers’ hedging arrangements could be introduced.[8] A similar requirement for the capital buffer that suppliers must have before entering the market has also been discussed. Moreover, with former Ofgem CEO, Dermot Nolan, admitting publicly that he regrets not taking action to more tightly regulate the UK’s retail energy market sooner,[9] the pressure on BEIS and Ofgem to go further will be high.

Businesses in the UK retail energy sector, or examining entry into it, need to engage with Ofgem and the Government now. Only by doing so can they ensure that future reforms work for industry and consumers alike.

Discover how Brevia can help you and your organisation by contacting the Brevia Energy Team on 020 7091 1650 or emailing us at: contact@brevia.co.uk