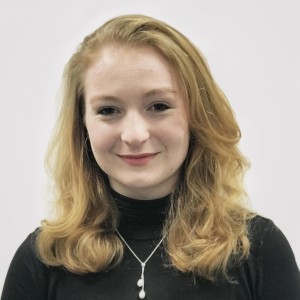 1. The Business, Energy and Industrial Strategy Committee launches an investigation into the future of UK energy infrastructure

Hitachi’s decision to withdraw from Wylfa, and Toshiba’s decision to withdraw from Moorside have raised questions about the UK’s future energy security.  Both projects were expected to play a key role in the national transition to low-carbon electricity.  The BEIS Select Committee will now examine if it needs a new approach to low-carbon, low-cost energy in order to maintain security of supply.

The inquiry will look at ways to incentivise investment in clean energy technology, whilst also examining the concerns surrounding foreign investment in UK infrastructure. The future financing of nuclear power will form a key part of the discussion.

Sellafield’s Windscale Pile One stack, the site of Britain’s worst nuclear accident, will soon be demolished. It was in this pile that a fire caused the release of radioactive contamination in 1957. The square-shaped diffuser, which captured 95 per cent of the radioactive dust in 1957, is the first part to go with a scheduled removal date of 2022.

Commenting on the decision to dismantle the tower, Stuart Latham, head of remediation, said that ‘not only does it reduce the risk associated with this historic, redundant stack, but it will also change the Sellafield skyline forever.’

3. Sellafield expected to plead guilty to a health and safety breach

Last year a charge was brought forward against the nuclear processing plant by the Office of Nuclear Regulation (ONR). The charge concerns to an incident on 5 February 2017 that resulted in the ‘personal contamination’ of an employee. Last year, no plea was entered in court, however, an ONR spokesperson confirmed in a statement on Tuesday afternoon that ‘Sellafield Ltd. has formally confirmed to ONR and to Carlisle Crown Court that they intend to plead guilty to an offence under Section 2 (1) of the Health and Safety at Work etc. Act (1974), in a case brought by the Office for Nuclear Regulation.’ For legal reasons, the ONR could not comment further.

As part of the Nuclear Sector Deal, BEIS minister, Richard Harrington MP, revealed that BEIS is considering proposals for a £30 million national and regional nuclear supply chain and productivity improvement programme. This programme have been developed with participation from Local Enterprise Partnerships in the North-West in conjunction with other parties.

Global resources for Honeymoon currently stand at 71.6 million pounds Triuranium octoxide, U3O8, a uranium compound. This is a 17 per cent increase on the previously reported estimate. The site in South Australia has managed to increase the portion of resources considered for conversion to ore reserve by 149 per cent.

The Honeymoon uranium project was acquired by Boss Resources in December 2015. The three stage restart strategy was launched in July 2018.

Discover how Brevia can provide public affairs support to your organisation by calling the Brevia Energy Team on 020 7091 1650 or emailing contact@brevia.co.uk.