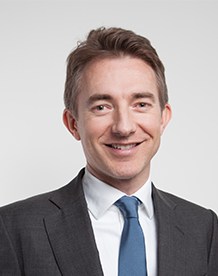 Brevia Consulting has appointed Mike Thompson as Chairman of Brevia Health and a member of its Advisory Board.  Mike brings over 25 years of experience in the Life Sciences sector including, most recently, as CEO of the Association of the British Pharmaceutical Industry (ABPI) and in senior roles at GSK. He also sits on the Life Sciences Advisory Board of the British Growth Fund.

Mike will oversee Brevia Health, a dedicated division of Brevia Consulting, which offers a team of consultants with experience in pharmaceuticals, IT Health, in vitro diagnostics, medical devices and genomics.

In his role as CEO of the APBI (2016-19), Mike was intimately involved in ensuring that the UK could continue to supply medicines through any Brexit scenario, and worked in partnership with the DHSC to bring forward policy proposals to ensure the system would cope.  He oversaw the negotiations which secured the pharmaceutical industry’s VPAS (Voluntary Pricing and Access Scheme), which replaced the PPRS (Pharmaceutical Price Regulation Scheme), and gained agreement for over £60bn of expenditure on branded pharmaceuticals over 5 years.

Mike has worked closely with No 10, Treasury, DHSC, BEIS and the Office of Life Sciences, including serving on Government/Industry engagement forums with the Health and Business Secretaries.  This has delivered tangible policy outcomes such as the Life Sciences Industrial Strategy, which ultimately secured two Sector Deals bringing billions of pounds of new investment to the UK.

During his time at GSK (1995-2015), Mike held senior roles at Global, European Regional, and UK levels of the company that gave him insight into the dynamics and interplay of complex organisations. He ran the global Commercial Analytics, Digital, Payer, and Launch Excellence teams. 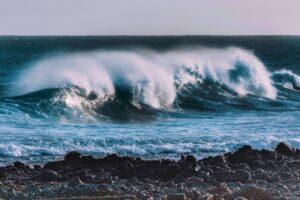 As COP26 approaches, Brevia will be tracking the latest milestones in the UK’s preparations for the upcoming climate conference. This week’s developments cover UK Business Commitments to Net Zero, the Global Investment Summit, and UK Tidal Power.

As COP26 approaches, Brevia will be tracking the latest milestones in the UK’s preparations for the upcoming climate conference. Three developments this week:  North Sea Transition Deal Published, Financial Regulators to consider New Zero in decisions, and Crown Estate developments.

As COP26 approaches, Brevia will be tracking the latest milestones in the UK’s preparations for the upcoming climate conference. Each week, Brevia will take a closer look at three key policy developments and announcements from both Government and Industry on the road to COP26